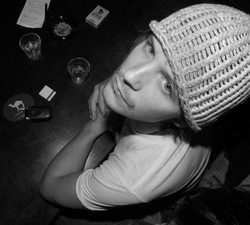 With over fifteen years of performance and ten years of teaching experience, bassist and guitarist Tige DeCoster has run the gamut of musical styles from jazz and world, to rock, funk, classical, and soul. Starting at the age of 24 he shared stages with artists such as Bela Fleck, Will Bernard, The Radiators, Spearhead, Medeski Martin and Wood, Jimmy Cliff, The String Cheese Incident, Eric McFadden, The Grandmothers, and many others. As a founding member of the acoustic group Hanuman, he toured nationally for over seven years and won the Best Band and Best New Acoustic album (Pedalhorse) of 2002 in the Seattle Weekly, releasing five albums and selling over 15,000 copies, in addition; Tige joined Sony recording artist Dan Bern for several national tours (performing with guest artists Martha and Rufus Wainwright), culminating in the double album Smartie Mine given 4 of 5 stars by Rolling Stone Magazine. In 2008, Tige travelled with the Omar Torrez band to the Republic of Georgia under funding of the American government through a Fullbright grant as musical ambassadors, playing for refugees of the Russian/Georgian war.

Outside of instruction and performance, Tige has a two year old daughter, is studying for his Masters degree in teaching, writing a children’s book, volunteering his time with the Seattle Film Festival, the Conservatory in Volunteer Park, and Real Change homeless newspaper.