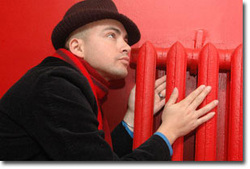 One of my oldest and dearest friends, Omar and I go back over twenty years. We first met at Shoreline Community College when I whooped him in a solo guitar competition. The tide has turned and my fame diminished since then as he has ascended to the pinnacle of groovy rockstardom. Sitting in a cafe on Venice Beach a few years ago, he received an unusual phone call from a gruff sounding voice. The voice on the other end of the phone was none other than Tom Waits asking him if he would like to audition for his upcoming Glitter and Doom tour. He got the gig (much to the pleasure of his friends) and since then we have been touring throughout Europe, Russia, and beautiful Mexico. A blend of influences from rock to flamenco, Omar takes music and turns it upside down with sharp improvisations and inflammatory technique. Every show with Omar is different and with such musicians as Dale Fanning, Carlos Del Puerto, John Wakefield, and Mario Butkovich, you are in for a real treat. 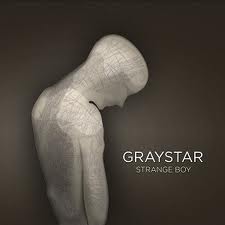 Graystar, originally hailing from Liverpool, England, arrived in Seattle two years ago. Initially starting as a five piece, the band was gradually whittled down to the essentials: 2 acoustic guitars, piano, acoustic bass, voices. The simplicity of the quartet allows for ethereal and moody textures punctuated by the strong songwriting of Dominic James, rhythmic guitar playing of Daniel Fretto, and the classical / jazz influenced piano playing of Billy Brush. I love the gentle, delicate sound of this band and am honored to play with them. 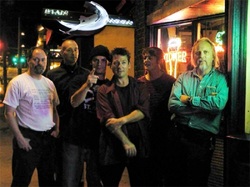 Eric Apoe and They 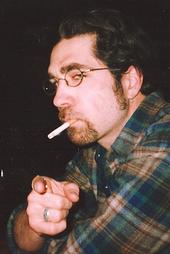 A French Canadian, Paul and I have played together for years. I originally met him in 1997 when Jarrod Kaplan, Ben Klein (both of the band Trillian Green), Paul, and I started Hanuman releasing five albums and touring throughout the United States. Paul has since released five solo albums and a kid's album. His sound is based in the blues and roots-rock tradition. Between Hanuman tours, we toured in the band Crosseyed and releasing one acoustic studio album. Paul's shows are always energetic and exciting. 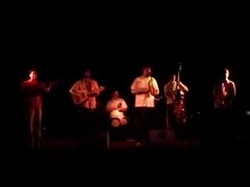 Preserving the roots of modern Cuban Son music, The Supersones started in the basement of my old house near Green Lake over ten years ago. Since then, I played hundreds of shows until I left town (including an epic tour throughout Belgium and Holland that included two prisons!), relinquishing the bass chair to Kevin Stevens. Upon my return, I discovered that they still needed a substitute and  have been playing frequently with the band. The shows are dancing extravaganzas with professional son and salsa dancers mingling with learning amateurs. Son is a particular variety of Cuban music from the Eastern side of the island often credited with being the genuine root of much "salsa" heard throughout the world. The traditional elements of the style are present in the band including, but not limited to: bongo, tres, guitar, bass, clave, voices, and the occasional trumpet. The complex rhythms give way to a relaxed swing that takes years of practice to attain. You'll enjoy this band...